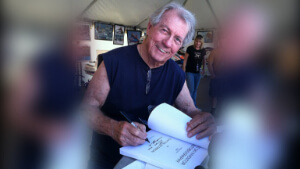 Image by: Kidsixteen under CC BY 4.0

A jet ski is a vehicle made for fun on the water. While we know Sea-Doo as the top selling brand of this type of vehicle in modern times, there are a few interesting points about this manufacturer you may not know. If you are a true fan of the brand, knowing more about the Sea-Doo history is a great way to honor this manufacturer. Let's take a closer look at some of the most important points in Sea-Doo history.

As the first to offer a personal watercraft for individual riders, Bombardier launched a new niche on the market with their Sea-Doo collection. Introduced in 1968, the first Bombardier Sea-Doo was designed by Clayton Jacobson II and Laurent Beaudoin. Clayton Jacobson II would later go on to work with Kawasaki in creating their own line of jet skis while Laurent Beaudoin wanted to bring the function of Bombardiers snowmobiles to a water vehicle. Together, they came up with the original Sea-Doo which was a lot bigger than the modern versions. Coming in at 5 feet wide and 7.5 feet long, this machine was dubbed a flying saucer in terms of design, but consumers were immediately drawn to the exciting new invention, in spite of the bulky appearance. The first jet ski in Sea-Doo history was powered by an air-cooled, 320cc engine with a top speed of 25 mph. It was received well on the market at first, but eventually complaints began to mount on matters such as overheating and inefficiency, as well as the bulkiness of the frame, so Sea-Doo introduced a different model in 1969 to address these concerns. This model had a water-cooled 367cc engine to provide better performance and reduce overheating, however, there were still complaints about the overall design. The machine had a flat seat and stainless steel handle bars borrowed from the Ski-Doo line up with minimal padding in either of these key areas which led to the model being discontinued from the market within two years.

The Reinvention of a Brand

The brand suffered several setbacks in terms of designs from the start which led to a decline over time. During this time, competitors had sprung up, such as Kawasaki, and Sea-Doo was falling behind the market curve. Bombardier went back to the drawing board to completely reinvent the Sea-Doo brand. Launching it as a new way to have fun with a focus on speed and power, the brand was once again a hit but this time without all the complaints from consumers. The new and improved models were a turning point in Sea-Doo history and would solidify the brand as the top choice for PWC.

The new models had a slimmer body frame to make turns and maneuvering easier. It also offered more in the way of comfort for the rider with padded seats and more comfortable handlebars.

The 90s and Beyond

While 1988 was the beginning of a fresh start for the name of Sea-Doo, things really turned around in 1992 with the introduction of the XP model. This model, coupled with an aggressive marketing campaign, solidified Sea-Doo as the best way to have fun in the sun. With a focus on speeds faster than previous models, better comfort while riding, and more stability found in an attractive body with lively colors, the XP was an instant hit with consumers. From there, Sea-Doo would release several important models following the success of the XP such as the GTX, GTS, and GXS to name a few. By 1995, Sea-Doo sales accounted for over half of all jet ski sales for the year. By 1997, the brand had generated over 200 million in sales which made Sea-Doo the top choice on the market.

While the 90s certainly saw a major resurgence for the name of Sea-Doo which in turn helped the PWC industry grow, the growth would eventually taper off for a few reasons. For starters, the consumer market which previously bought jet skis started to age out of them and water skis weren't as popular with the younger generation. There were concerns about safety due to flips and accidents common with this type of riding. There was also a downgrade on recreational spending in general which contributed to the decline of jet ski sales. There was also a growing concern about their environmental impact and keeping water sources safe for future generations to enjoy. Determined to revive the joy of jet skis for a new generation, Sea-Doo spent 8 years designing a secret model called the Spark. The project was even given a code name of CAFE which stood for clean, affordable, fun, and easy to use. This model featured a unique polytec hull and streamlined deck structure to cut costs and weight. It also had a high powered engine balanced by easy to use maneuverability. The safety aspects were brought to the forefront of the design to put minds at ease. Reaching a new generation of buyers tailored to their concerns, the Spark became the best selling Sea-Doo model of all time and reignited the public's interest in the vehicle type.

Today, Sea-Doo offers a complete lineup tailored to different tastes in order to keep up with the needs of consumers. From their Fish Sport lineup to their Rec Lite and Performance lineups, they continue to offer a diverse selection of jet skis for every occasion, preference, and buyer.