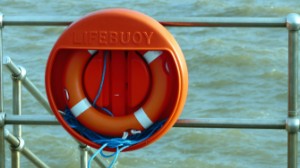 A jet ski can be a great way to blow off steam and have some high-speed fun on the water. While these vessels are a lot of fun, they can also be quite dangerous when proper measures aren’t in place or riders are being reckless. Let’s take a look at how to avoid common jet ski injuries so you can keep the fun going without the worry.

What are common jet ski injuries?

The first step in knowing how to avoid common jet ski injuries is to know what they are and why they occur. Since most accidents on a jet ski are preventable, there are steps you can take to reduce the likelihood of them happening to you or a loved one while enjoying this fun watercraft.

A concussion is one of the most common jet ski injuries. A concussion can occur when there is a serious impact to the head which can be a result of being thrown off the ski and hitting a hard surface, hitting your head on the jet ski when you accidentally flip it, and other instances of impact. You can even get a concussion or head injury if you hit the water at fast enough speeds. While we think of water as soft, speed definitely changes it to a more dangerous landing place. A concussion is not just a concern for the person on the jet ski either. Head injuries can happen to those in the water swimming near a jet ski which is why you should never ride near populated areas of the water.

Another common injury on jet skis is a spinal cord injury. While these aren’t as common as concussions, they are more serious with the injuries ranging from permanent loss of function to life-threatening. Caused by trauma to the back or neck in a way that directly impacts the spinal cord and vertebra, these injuries are caused by all sorts of incidents such as a rider being thrown off the ski and hitting another ski, boat, or hard surface, and colliding with other riders, as well as hitting choppy water at intense speeds at the wrong angle. Since a spinal injury will most likely result in a loss of limb function to some capacity, the fact that these accidents happen in the water raises the chances of drowning as well.

This injury can occur as a result of colliding with a solid object such as rocks, boats, or other riders and the impact coupled with the way you are holding the handlebar causes a bone break. It can also happen when a rider is thrown off their ski and instinctively reaches out to brace themselves on the impact of the water. While this injury isn’t as serious or life-threatening as others, it is a common one and can be quite painful.

Similar to a broken wrist, the ankle is another spot prone to injury on a jet ski. Due to the sitting position of riding and the way the ankles are exposed, this area is especially vulnerable in the event of a collision with another rider or a solid surface. This can also be another injury, similar to the spinal cord injury though not nearly as extreme or incapacitating, which makes swimming more difficult and may contribute to drowning incidents.

While you might not think of burns as a common injury when a jet ski is surrounded by water, burns are a surprisingly common outcome in the event of a collision. Jet skis run on gasoline just like cars, but because they are smaller, and therefore more vulnerable to crush impacts, the chances of them catching fire in an accident are pretty high. Burns usually happen in extreme crashes where the vessel is damaged beyond repair.

Whenever there is water present, there is a chance of drowning. While most people going out on jet skis know how to swim, that doesn’t mean drowning or near-drowning incidents do not occur. As previously mentioned, drowning can occur in the best of swimmers as a result of an injury which renders them unable to swim such as a spinal cord injury, head injury, or broken ankle. Drowning can also happen even without an underlying injury if a rider is caught in choppy water or takes on too much water at once.

When you are thrown from your jet ski or collide with another jet ski rider, the chances of internal injuries are common especially if you were riding at high speeds. Internal injuries can be everything from a ruptured spleen after hitting rocks at a high speed to injuries caused by being caught in the jet stream as you fall off the back of the ski.