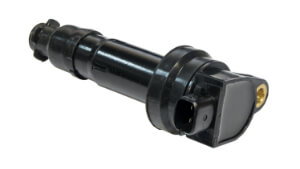 A jet ski is meant for fun and speed on the water. When your ride is giving you trouble, there is probably an underlying electrical issue. If you find the jet ski isn't starting, shudders when starting, or keeps dying on you when out for a ride, there are a few common things to check in regard to the electrical system.

One of the most common electrical system issues is a bad battery. While you may not think of the battery as part of the electrical system, it definitely is since it provides the charge to operate the jet ski. If the ski has a hard time starting or staying on, it could be a weak battery in need of a charge or replacement altogether, a weak connection on the cables, or a broken terminal incapable of carrying the charge in the proper manner. You should always start with the battery when troubleshooting the electrical system of your jet ski since the battery is the issue 8 times out of 10 when it comes to an electrical issue.

Another issue jet ski owners run into frequently is a starter relay issue. The starter relay communicates to the battery to start the vehicle so if this is the cause of the problem it will be easy to spot. If you go to turn the key and the jet ski gives one solid click or a thump without even starting up, then it is the starter relay. If you have a push style model, you will also be able to tell there is an issue with the starter relay if you have to push the button multiple times to get it to start since it should be a one push startup in a healthy jet ski.

If you do have a starter relay issue, you can easily order a replacement to remedy the problem. It should be noted that you may want to have a dealer or mechanic install it if you are unfamiliar with it since there are a lot of wires involved and it can be a harder to reach area. You can also do it yourself if you are well-versed in jet ski repair and feel confident you can perform the task correctly.

The spark plugs are important since they help power the battery so it can communicate to the engine. If the spark plugs are bad, this is an easy enough fix. A bad spark plug will typically have a burnt color to the end of it or you can test it with a specialty tool called a spark plug tester. You want to check any and all spark plugs related to the main components of the starter, engine, ignition, and even the fuel system to make sure the bad spark plug isn't the cause of the trouble.

A jet ski uses an ignition coil in place of the more traditional alternator most people think of when starting a vehicle. The ignition coil should be checked for damage if you are experiencing starting issues. If you find any frays or tears in the coil or stripped connectors where it connects, you need to fix this promptly. You should also check the coils where the flywheel rotates. There will be an exciter coil which generates power for the spark plugs and a charging coil which sends a charged current to the battery. If you find any issues, either in the connection of the coils or their voltage using a tester, promptly remedy the situation.