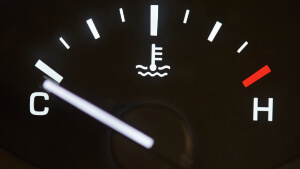 A jet ski is meant for fun on the water. When your ride keeps overheating, it can quickly ruin what should have been a fun day. A jet ski overheating is a result of something being wrong with the cooling system of the machine. If you leave this unchecked, you run the potential of damaging other critical systems within the machine as well as the overall nuisance of not being able to ride because the ski is overheating when you take it out for a day on the water. Let’s take a look at the most common cooling system issues and how to fix them so you can get back to riding with ease.

Signs of a Cooling System Issue

One of the most common cooling system issues is the easiest to fix. If you do not keep your coolant levels up to the appropriate and specified levels for your model, the machine will have a harder time staying at the right temperature and avoiding the dreaded temperature rise. This is a common problem, but also really easy to fix. To remedy this problem, simply check your coolant levels and add more fluid according to the fill line for your model. If you find you are constantly low on coolant, however, you may have a coolant leak which is a separate problem worth investigating.

When it comes to the type of coolant you use in your jet ski, you could be creating your own problem. Typically, you can use the same coolant you put in your car, but there are also different types of coolants based on engine type, such as aluminum, so you should check your manual to make sure the coolant type is ideal for the engine. While most models do not require special coolant for marine vehicles, there may be a certain dilution ratio you are supposed to use as dictated in the owner’s manual. You always want to follow the suggested water to coolant ratio recommended for your machine to get the best results and avoid any overheating concerns.

Another one of the most common cooling system issues is a leak. A leak is caused by lines with damage such as cracking or holes which allow the coolant to leak out instead of reaching the cylinder head. It can also be caused by a loose connection between the hose and the cylinder head. You can find a coolant leak by inspecting the hoses and connectors to make sure there are no visible signs of damage or coolant on the lines when you touch them. If you find cracks, holes, or loose areas, fixing them with new parts will solve the problem so your cooling system will be ready to go.

Another common issue is a line blockage in the coolant lines. When you have a line blockage, the coolant collects in the line rather than being distributed the way the machine requires for proper operational performance. An easy way to test for a line blockage is to connect a water hose to the cooling line and flush it out. If water comes out the back of the ski, you do not have a blockage and the problem is something else. If the water isn’t coming out, then you may have a blockage. From there, you will need to use an air compressor with a blower attachment to blow out the blockage. If that doesn’t work, you may need to order and install new lines.

When you ride your jet ski on a regular basis, sometimes parts come loose and disappear. If you are missing any pins, washers, or bearings, it can make your cooling system less effective and lead to issues. There are also important components of a larger nature which contribute to the cooling system, such as the water pump, which you should check when you experience overheating with your jet ski. You should also check the temperature sensor for any signs of damages, especially if you are having high temperature readouts without the white smoke. These smaller parts of the system play their own role in keeping the cooling system in working order so make sure you consider these less common issues as well when troubleshooting your ski.